May is so busy for me! I pretty much have things scheduled for every weekend.

This past weekend was Orange County brunch, a monthly brunch event in Seal Beach. Then there was Unique Los Angeles after that. On Sunday I had an impromptu trip to Disneyland for Bats Day. That was… interesting. 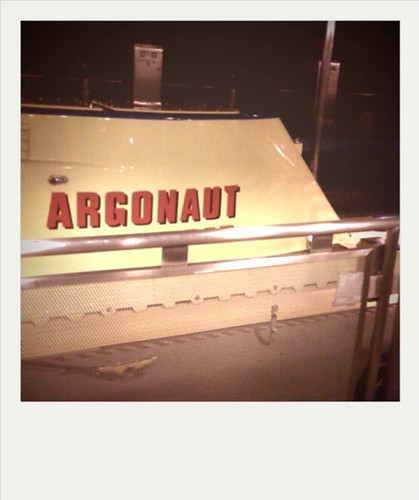 Each time I go to Disneyland I find less and less to do there. I think I’ve succumb to the jaded passholder mindset, which is that there are really only four fun rides and once you do that there isn’t much else to do. Which is somewhat true. If it’s your first time though, you have to do everything. I’ll still never understand how people can take a three or four day vacation at the Disneyland resort. There’s not enough things to do in that park to fill four days. 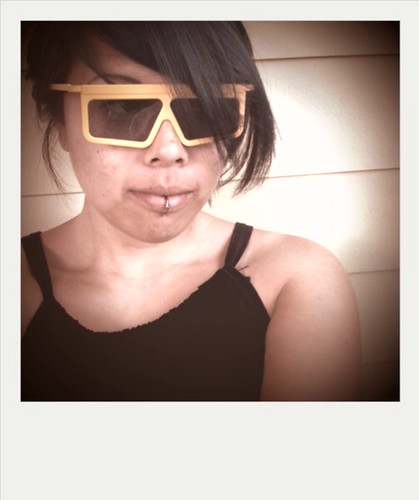 The new Toy Story ride is probably the most fun game ride there is at the whole resort (though I can only think of one other game ride – Buzz Lightyear’s Astro Blasters). It’s in 3-D, hence the glasses above, and much easier to aim than Buzz Lightyear.

So back to my May. This weekend Tracy is flying in, as well as Aunt Karen. I assume we’re all going out for Mother’s Day dim sum and who knows what other hi-jinks.

The following weekend I have an old friend coming to visit for the first time. I want to take him everywhere! I’ve even taken a day off work.

Memorial Day weekend I will be in San Francisco for SG Prom. Fourth year in a row or something? Staying at Good Hotel again. I’m very excited about that.

Then the final weekend of May I’m planning on taking a sewing lesson at Common Thread Studio that just opened up downstairs. It’s a store and sewing studio. Finally I will learn the right way to sew things. I should probably reserve my spot now.

One Reply to “It’s the most busiest time of the year!”